Officer DeGabriele has on numerous occasions served as an acting Sergeant of Police as the need arose.

He recently has served on a committee that was tasked with revising report documents to enhance the efficiency of the Police Departments paperwork process. 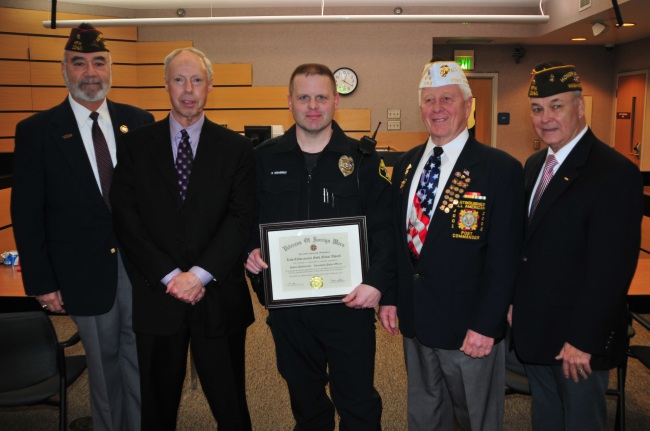 He is a 13 year Veteran of the Police Department, serving with distinction as a field training officer and firearms instructor in addition to his regular duties as a patrol officer.  He has been instrumental in the advancement of fundamental police training that has assisted numerous Lynnwood Police Officers in the performance of their duties.